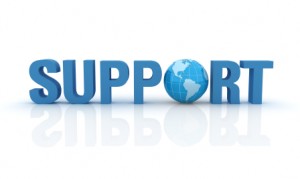 I am humbled, although not surprised, by the human condition and the outpour of support for all of the people of Haiti.  Just like other major catastrophes of the decade (9/11, Thailand Tsunami, Katrina come to mind), people from all over the world are contributing in all sorts of ways.  It’s awesome to witness how new technology – social & mobile – has enabled immediate outreach and support.  Red Cross’s text message campaign has already raised $10 million plus.  Say what you will about FarmVille and Mafia Wars, but their maker, Zynga, has utilized them as a platform and already raised $1.2 million plus.  And Paste has partnered with musicians to offer up a library of exclusive MP3s to support the relief effort.  Not to mention all of the companies, including mine, encouraging their employees around the world to contribute, and matching dollar-for-dollar those contributions.  These are only a handful of examples that not only exhibit good will that I believe is inherent in people, but also exhibit the power of technology and how it can be used for productive, meaningful outreach and (global) connection.  I’ve often told people that I wish there were a news channel dedicated to good news 24/7, particularly for events like this.  Touché, there is such a thing, yet another example – if you follow the right people/sources, that is what Twitter has become for me.  :)

One thought on “Support in the New Age of Technology”