(Full Disclosure – I am a part of the Chevrolet Texas team who executed the following work.)

A couple of weeks ago, I shared a model that illustrates the different components of what I believe to be the “new” OOH.  The “new” OOH is less about awareness and more about engagement, specifically on the places and things around us.  Technology has reached a point where it can enable anything to become a “screen,” so while I agree that general awareness is still a critical component in any brand’s marketing mix, I think that brands have an opportunity to use those screens to engage consumers, to drive them deeper into a brand experience.

This past week, we had another opportunity to make one of those “things” around us interactive – a car.  We’ve done this before for the same client (Chevy) at SXSW.  Only then, we placed QR codes on the cars so attendees could learn more about the cars just by scanning the code.  This time, we’ve placed a Stickybit on one of the cars. 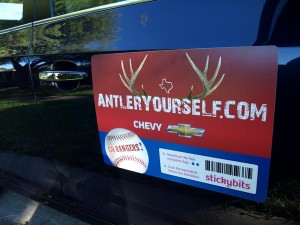 We’re caught up in the World Series here in Dallas.  It’s heightened because the Cowboys are a lost cause and the Rangers have been so bad for such a long time.  So, the fan fare down here is through the roof.  The Rangers have this inside thing about claws and antlers, so during the Yankees series, we created an “Antler Yourself” site where users could upload a photo and customize it with the antlers of their choice, then send it to all of their friends on social channels. 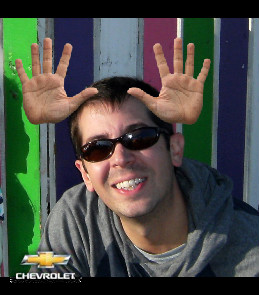 When the Rangers reached the series, we had an opportunity to extend it in a couple of places and one of the most intriguing was through the use of one of the cars in the fleet.  But instead of just advertising the URL on the car, we knew we could extend the experience even more through a technology like Stickybits.

Quick 101 on Stickybits – it’s a bar code-scanning technology that allows people to attach “bits” (content) to any bar code through scanning it on a mobile phone.  You just need the app and a bar code.  And for those items, like cars, that don’t have bar codes on them, Stickybits provides bar codes that you can put on anything you want.

By attaching the Stickybit to the car, not only are we able to allow people to upload their “Antler” photos directly to the bar code, we’re able to turn the car into a much larger virtual scrapbook.  People can send Good Luck messages to the Rangers via written word, or they can attach a video or a piece of audio, they can even attach different kinds of pictures (which we’ve seen, primarily with tailgating photos).  As of right now, there are 38 bits attached to the code, which means there are 38 different pieces of content that people can experience.  This is much more engaging than just placing the URL on the side of the car, which only serves the purpose of driving awareness.

Technology is giving brands the opportunity to do much more in any channel than they’ve ever been able to do.  We’re seeing this specifically in “Out of Home,” in large part due to the capabilities of mobile phones and all of the different apps that people have created.  We can now place a code on the side of a car and allow consumers to engage with the brand and each other.

So, while it may only be 38 pieces of content, and the content centers around the Rangers and not Chevrolet, it’s still incredibly valuable to the Chevy brand.  They’re bringing this experience to consumers, specifically fans of the Rangers around the most important time in the franchise’s history, that is not only unique, but engaging.

The next time you’re faced with doing something to create awareness, regardless of the “channel” you’re going to use, ask yourself if there’s a way you can turn it into an engagement?  Chances are, you can. 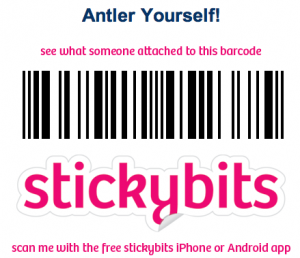