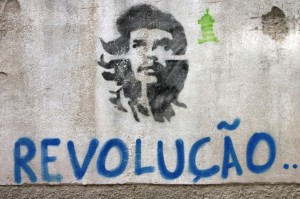 What do you think?

I just read a great article in the latest edition of Fast Company titled, “Mayhem on Madison Avenue: Advertising is on the Cusp of its First Creative Revolution Since the 1960’s. But the Ad Industry Might Get Left Behind.”

And as you can guess, one of the primary points made in the article was how the proliferation of digital technology has changed the advertising world, specifically the “creative” in the advertising world and how agencies are valued in brand’s minds. I thought it was a fascinating glimpse into the world of older advertising professionals in today’s time, and when I say older, it’s all relative. I’m not talking ancient, I’m talking young Boomer. In age time, not much older than me. In technical time, it’s drastic. As evidenced this year alone, with the explosion of mobile, technology is advancing at a pace where it seems like a creative, er “digital,” revolution is almost an annual event.

But after I finished reading the article, I couldn’t help but think it was mischaracterized. Just as technology does, masking the true issue with its smoke-and-mirrors effect, I wonder if the real question is, are we in the middle of an engagement revolution?

Some of my favorite nuggets in the article:

Thanks to the Internet and digital technology, agencies are finding that the realization of their clients’ ultimate fantasy — the ability to customize a specific message to a specific person at a specific moment — is within their grasp. It is also one very complex nightmare. After all, digital isn’t just one channel. It’s a medium that blooms thousands of other mediums.

“The irony is that while there have never been more ways to reach consumers, it’s never been harder to connect with consumers,” explains [Brad] Jakeman, now chief creative officer at Activision, the gaming company.

The death of mass marketing means the end of lazy marketing.

And the Internet has turned what used to be a controlled, one-way message into a real-time dialogue with millions.

I don’t want to get buried in semantics here, but it’s the same argument that I’ve made with the DOOH/digital signage industry. It’s not about the technology, it’s about what the technology enables. The technology now enables brands to engage with consumers, hopefully to the point of meaningful interaction, one that builds a relationship. It’s hard to do, no doubt, but consumers’ expectations are driven by their lack of attention + the barrage of technological gadgets at their disposal. They might be looking to be wowed or entertained or given something of value – technology allows brands to do this in many ways, including the “OOH” channel – but in the end, aren’t we all just looking to be engaged on some level? We don’t want to be talked at, we want to be talked with.

From a brand’s perspective and the agencies who support them, regardless of their structure/approach, the ones who figure this out first will win. Same can be said for the digital signage providers/planners and OOH experience-makers.

I’m a firm believer in the power of technology, but I’m an even bigger believer in creating relationships. Technology is like the handshake, what happens after that – the discussion – is what strengthens or deadens the relationship. And relationships grow with actual people. And people are the ones who make revolutions. Yes?

5 thoughts on “Are we in the Middle of an Engagement Revolution?”