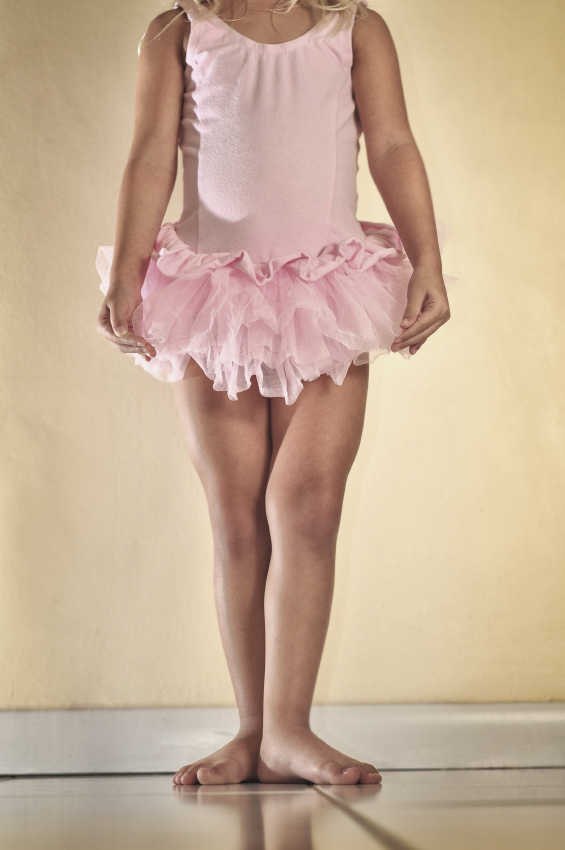 My daughter is 2 classes into taking ballet class and as a 5 year old, it’s less about the finer points of ballet and more about dressing up in tutus and dancing around the room with all the other little girls. She also has 2 younger brothers – twins, 2 1/2 years old – who do everything that she does, except participate in ballet, of course (although my wife has a hard time keeping them contained during this class.) We talk to her often about being a leader, particularly when the boys are rowdy and/or rough and/or tazmanian devils and when she chooses to be a leader, she doesn’t add to the mayhem, she helps stop it. This whole thing occurs many times during the week and sometimes she wants to be a leader and sometimes, she just wants to be a 5 year-old causing ruccus with her brothers.

Well, the moment of note, here in this story, happened a couple of nights ago in her ballet class. The teacher was trying to get all the girls to stand in an orderly fashion – in 1st Position – so they could practice moves one-at-a-time across the dance floor. Well, half of the class was bouncing off the walls, playing on the mats, and half of the class was running around the class, and my daughter was in the middle. And in this moment, she was confused because she was listening to the teacher, but what she was seeing out of one eye was mat playing, and out of the other eye was running around, and she didn’t know what to do. But in that one moment, she chose to be a leader and do what the teacher was asking, and wouldn’t you know it – one by one, the girls saw what she was doing and stopped what they were doing and got in 1st Position right behind her and there was a semblance of order restored to the class.

It just made my week. I think any parent, when you experience something like that, is overcome with a sense of pride and accomplishment. It really is great. But you know, it breaks being a leader down to a few simple components and that’s what I want to focus on in today’s Friday 4-1-1.

1. Choices in Moments – the littlest moments in our lives are often the ones that have the biggest impact. They define us more than we realize. In each of those moments, we have a choice to either lead or follow. I don’t believe that you always have to lead or you always have to follow, but there is always an active choice to make in those moments.

2. Leaders Model – it’s one thing to talk, it’s another thing to do. I’m a huge proponent of modeling and to me, there is no better way to exemplify leadership. Actions are key. How you act in those moments, when you make those choices, is just as important as the choices themselves. I always think that I have 100 eyes on me at all times. And then I ask myself, “what is it that they are seeing? And is that something I’m proud of?”

3. Active Awareness – I think the best leaders are aware of their decisions, their actions, and the consequences of both all the time. They might not know how everything is going to end up based on that one decision in that one moment in time, but they sure are aware of the immediate impact.

4. Nothing More Important than Grace – there is a right way to be a leader and a wrong way. Same can be said about being a follower. And in my opinion, it has nothing to do with skill. It’s all about grace. Being graceful in any situation, to me, is what separates great from good.

“Uh-huh” – this week, my team at work had a leadership moment. They were faced with something and in that moment when they had to decide how they were going to react and then act, they chose to band together and lead. And by choosing to do that individually, the team became united and really showed what leading is all about. They put the team above each of themselves. That’s another key to leading – selflessness. It makes you stronger.

“Duh” – leading is not all serious all the time, it’s meant to be fun. It’s OK to play on mats and run around the room. People can learn a lot from that, too. It shows that there is joy in your life and that you’re a person. And in the end, all leaders are just people.

This week, my daughter, and then my team, reminded me of how simple it is to be a leader. It’s not something that you have to work all your life to do. It can happen right now, in this very moment.