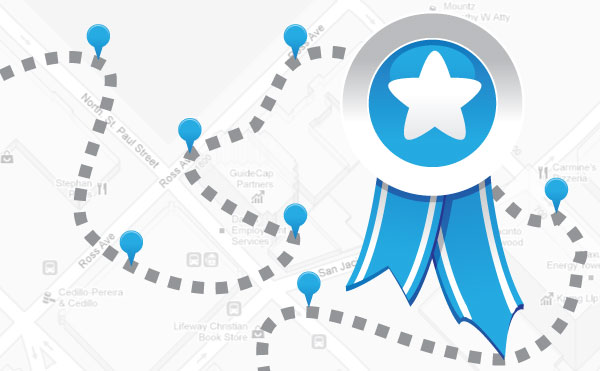 This is a follow-up post to yesterday’s. This first paragraph is the same, but everything after that is new!

Although I’ve spent my last few days at SXSW, I wasn’t really at SXSW. Working the conference means that you operate in a bubble and even the big news rarely penetrates it. From what I hear, though, location and gamification are two of the most prevalent themes. This is important because SXSW is known as the launching pad for emerging trends and start-ups. I suspect Foursquare and SCVNGR – both emerging in their own right – will reap the benefits of being highly present at SXSW this year.

Right before the conference, Foursquare announced a partnership program with American Express aimed at recognizing loyalty at local businesses. Some Austin favorites – like Stubbs BBQ and Whole Foods – are participating in the pilot program that gives consumers $5 back when they spend $5 using their AmEx card. Interesting.

It’s big news for Foursquare, for sure. This is the type of association they need to make the average consumer aware and familiar with “Foursquare.” And it’s something like this – a partner with a major merchant – that gives them hope of actually affecting consumer behavior enough that it makes a lasting impact on their business.

But will it work?

Who knows. That remains to be the million dollar question. Quite literally.

This definition is a good thing. It lessens the I-want-to-do-everything-for-everyone syndrome that is easy to adopt, especially as a start-up company. (Although SCVNGR did announce a new venture, LevelUp, that combines group-based daily deals with loyalty.)

But the real question remains – will consumers care enough to engage through one/both/more of these mobile emerging technologies more than once?

The rise and proliferation of mobility, beyond mobile phones, will certainly help. I have been using my iPad 2 since I purchased it over the weekend. One thing that stuck out to me was the diverse audience in the lines. That just says to me that there is a growing appetite, by many more people, for more and different mobile devices. More and more people want to experiment and if the experience is good enough, they’ll adopt. So, the technology and the behavior that drives using technology in a specific way will continue to evolve, and for technologies like Foursquare and SCVNGR, this is half of the battle.

The other half of the battle is answering the value question. Just because it’s available doesn’t mean people are going to engage. Just because it’s more game-like doesn’t mean people are going to engage. Rewarding loyalty? I can see that driving engagement. But it has to be more wide spread than a single, typically more exclusive merchant than American Express. I couldn’t have participated in the promotion because I don’t carry an AmEx card. I, like many average consumers, am conscious of spending and one of the mantras driving my purchases is, “if you can’t pay cash, you shouldn’t buy it.” I’m willing to bet that I’m not the only one who lets that mantra drive their purchase behavior. I’m also willing to bet that I’m in the overwhelming majority of average consumers who don’t carry an AmEx card. So, what does a promotion like this leave me with?

It’s just another example of the value I got out of checking in while I was at SXSW. Nothing.

But, you know what? I keep doing it. Because I can. Because it’s a little fun for me. Because I have a tinge of hope of uncovering something new, even if it is a badge.

But those are hardly sustainable.

For now, though, I keep wandering and wondering.