There are two things I know to be true right at this moment: 1) I have slacked severely at keeping up with this Friday 4-1-1 series and 2) QR codes are everywhere. And they’re mysterious. Because they don’t include any instructions alongside them. They’re just there. So, I thought it was perfectly appropriate to marry the two to resurrect my Friday’s 4-1-1.

1. Starbucks hides a gem behind their mysterious QR code – while waiting for my coffee one morning, I glanced over to my left and saw a QR code sticker haphazardly slapped on a Frappuccino ad. 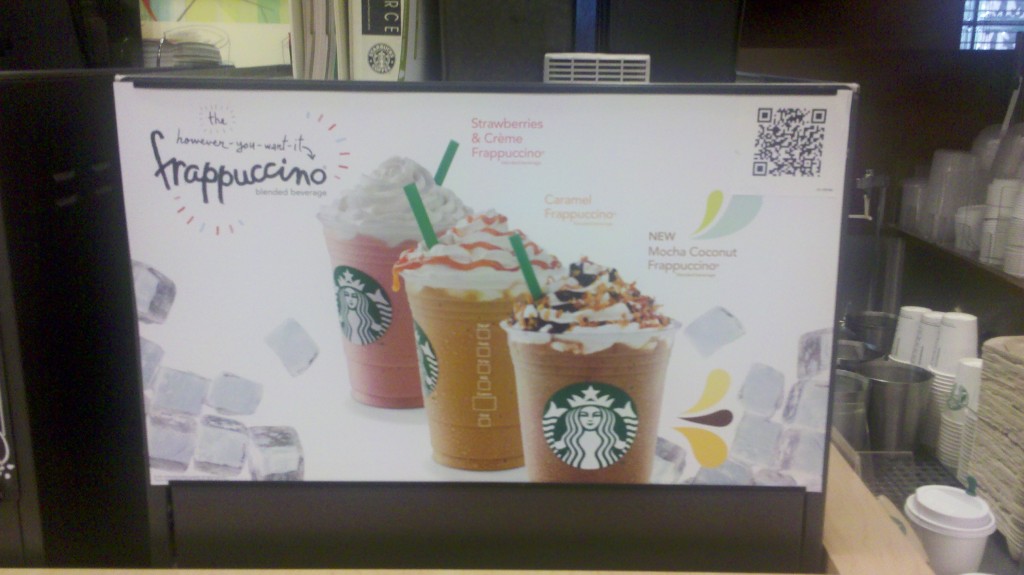 When I scanned it, I was sent to a digital scavenger hunt game called SRCH. After playing around with it for a little bit, it’s an awesome experience. You’re given a series of clues that you need to solve and at the end, you could win a number of different prizes. The clues are served up as videos, scrambled words, riddles, and photos. It’s a gem of an experience that seemingly can only be discovered through this unmarked, mysterious QR code, slapped onto this ad like an afterthought.

2. Bubby’s hides a coupon behind their mysterious QR code – I recently had the pleasure of eating a great farm-to-table restaurant in NYC called Bubby’s. On my way out the door after dinner, I looked down and saw a flyer with a QR code up in the left-hand corner. Completely unmarked. 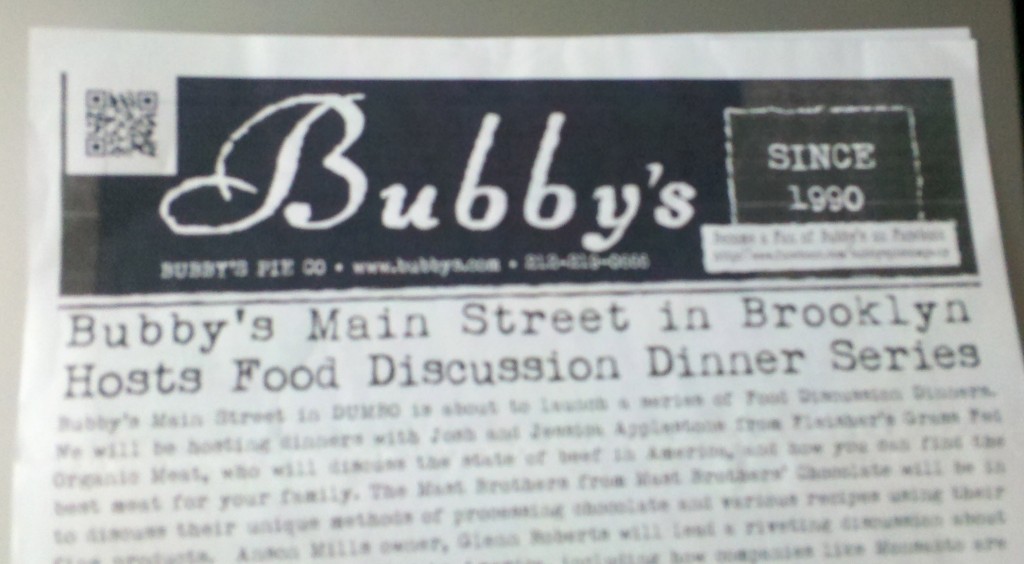 When I scanned the code, I was directed to a coupon to get a free appetizer or 2-for-1 cocktails during their midnight brunch. What a find. Too bad, I didn’t know what was waiting for me behind the code, since there was no context on the flyer. But is it too bad? I’m starting to feel like I want to scan these codes, just to see what kind of gems I can find. But then, when I do, I get a dud like this… 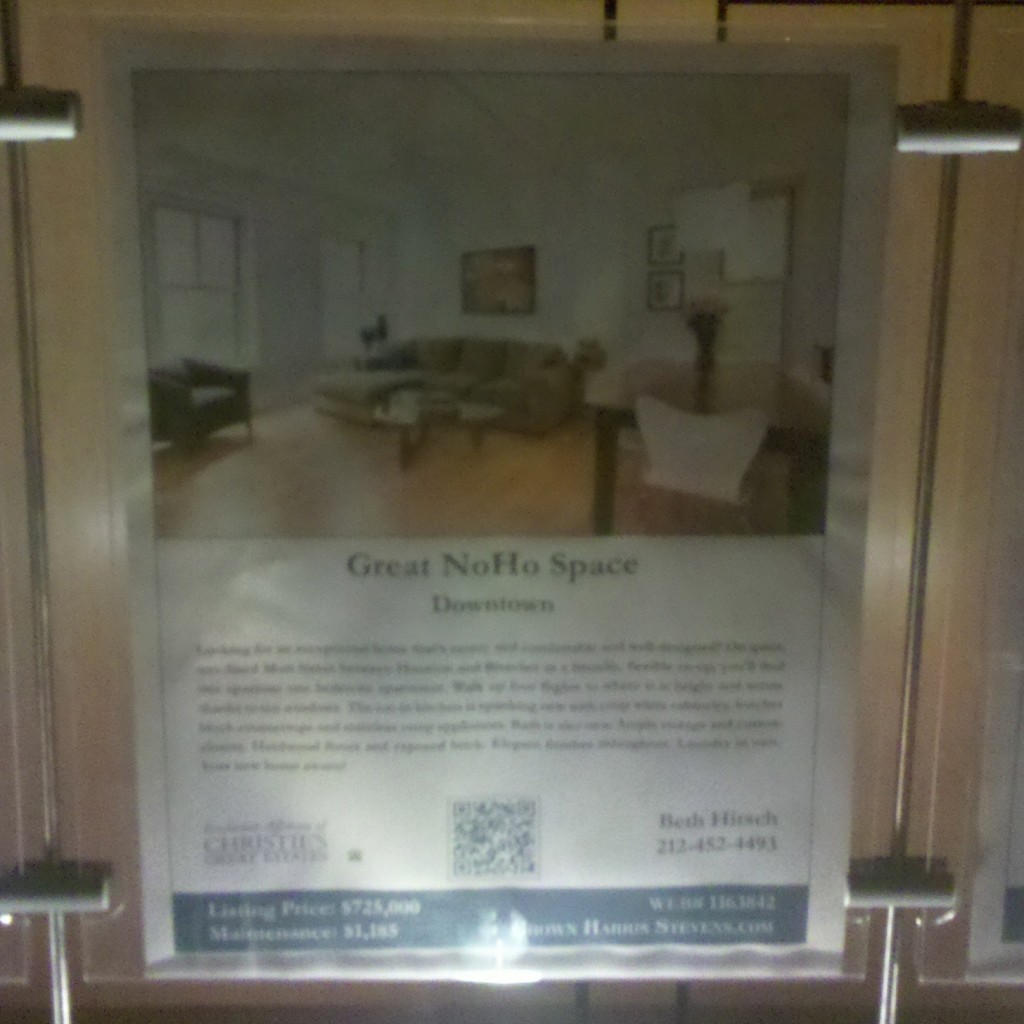 This is what I’d expect to see behind a QR code like this, especially one with no instructions or call-to-action. But here’s the interesting thing – after scanning the two above before this one, I was expecting a nice surprise. And when I didn’t get it, I was let down. Down to the point that I don’t want to scan again? Of course not….

4. The Canal Room hides their website behind an MS Tag – standard fare again. At least the site behind the code is optimized for mobile. 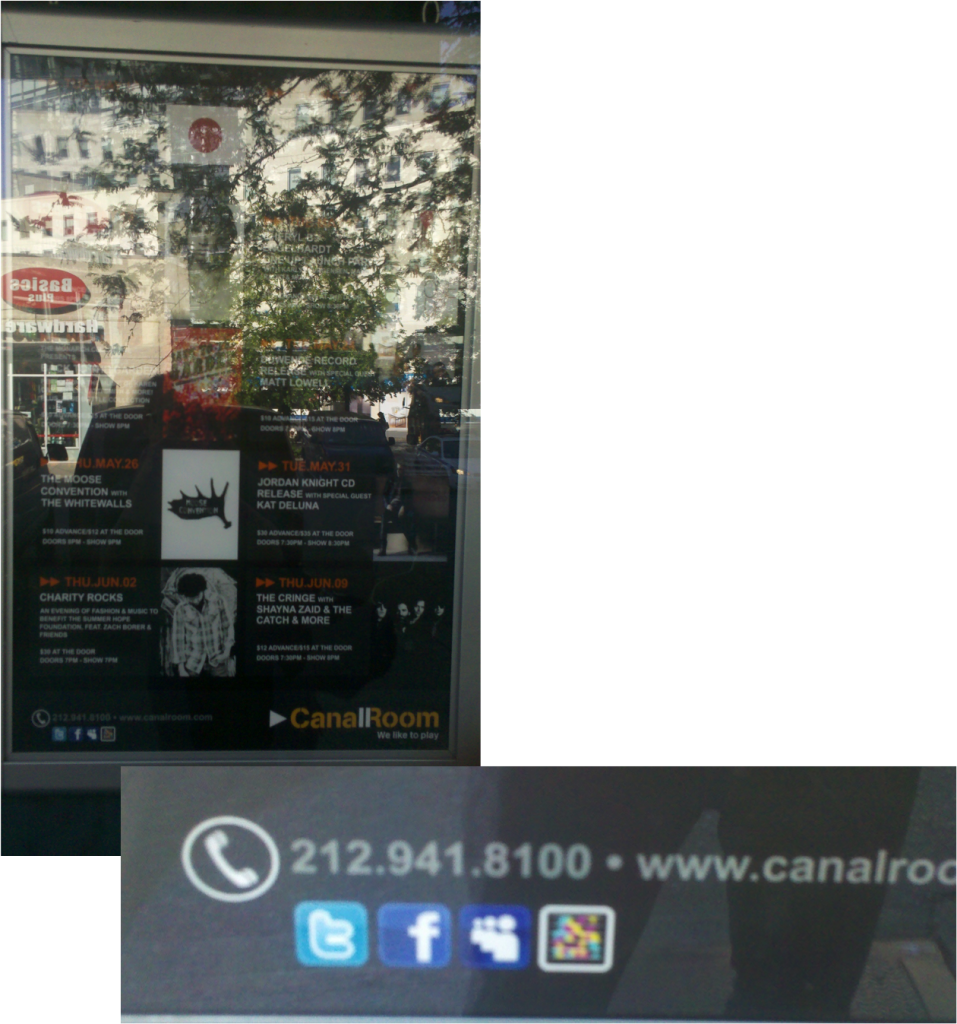 On the site, you can see everything that the Canal Room has to offer – acts, events, showtimes, etc..And I suppose, in this context, right beside their other web properties, this tag makes perfect sense. This the first time I’ve seen a tag placed right alongside the social extensions for a brand, but I think it’s interesting in the sense that it could become as recognized as the Facebook, Twitter, and MySpace logos.

“Duh” – if QR Codes are just going to be another version of a URL shortener that sends consumers to the brand website, I have serious questions about whether or not they’ll ever catch on. Especially if they’re not accompanied by any instructions, enticements, and/or calls-to-action. I see them everywhere, but I never see anyone scanning them.

“Uh-huh” – I think QR Codes are an ideal enabling technology to catch consumers when they’re out and about, in exploring (and shopping) mode, to drive them to take some sort of action. I also believe that they are a great way to drive a deeper brand experience, but as Starbucks and Bubby’s has shown us here, they can be effective at driving purchase decisions. They’re efficient. Even if these are mysterious.

Actually, that could be the key to larger adoption. If they’re synonymous with mystery, would the average consumer scan these things?

What do you think? I’d love to hear your thoughts.

Have a great weekend, everyone. Thanks, as always, for reading!