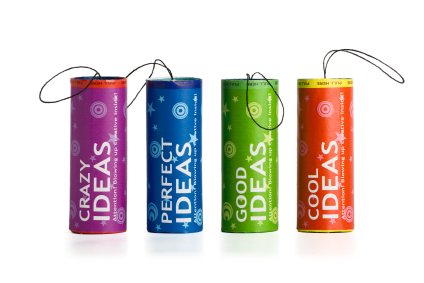 I read a great article the other day about a regular creative practice that is incredibly selfish, but incredibly brilliant, especially for those of us who just want to create. It boils down to a simple practice where you just get thoughts out of your body and down on paper. So, there might be some times here – like today – that I just write down some thoughts, more stream of consciousness than anything else. They’re not refined and they’re not packaged. Some of them might not even make sense. But they’ll be out. And hopefully, you might be able to take some nuggets away, and even more than that, hopefully they’ll serve as an inspiration for me to create something better to share with you guys. Here goes…

Next time you’re outside of your home, stop and look around. How many screens do you see? How many places/things turned “on” do you see? Screens are all around. In fact, what does the term “screen” mean anymore? What about the mobile screen in your hand?

We’re living in a world where engagement extends far beyond our living rooms and offices. It’s everywhere we are. Out and about. On the go. It’s the world. “Out-of-Home” has taken on a new meaning.

It’s no longer a mass-awareness blanket, it’s a mass-engagement canvas. (Now there’s a thought, an inspiration.)

BTW – here are some great pieces of that article:

In her classic book The Artist’s Way, creativity expert Julia Cameron shares a practice she stumbled upon while living in New Mexico and recovering from yet another in a series of career disasters. Every morning, she writes out three pages, longhand, of pure stream of consciousness.

What Cameron is advocating through the practice of Morning Pages is the act of “Unnecessary Creating.” That is, creating for ourselves rather than for others.

When we spend all of our time and energy creating on-demand, it’s easy to lose touch with the passions that fuel our best work. We grow used to leveraging our abilities for the sole purpose of meeting others’ expectations rather than exploring new possibilities and taking risks.

One thought on “If You Want to Create, Just Get it Out & Down”