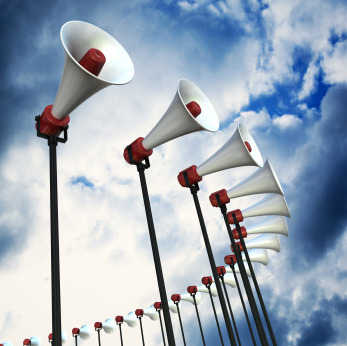 Last week, I read an intriguing article by Garrick Schmitt of Razorfish, titled How Demand for Physical Experiences is Transforming our Physical Spaces. In it, he points out how the entire physical world around us is becoming a screen and that consumers’ expectations have reached a point to where that physical world should be turned on in some form or fashion. This is a viewpoint that I have mostly gotten behind many times on this blog. I say mostly because of those consumer expectations. I’m not sure that, even now, in August 2011, consumers expect the physical spaces around them to be turned on, and even more, transformed into interactive experiences. I don’t know that average consumer capacity is ready for that. What do you think?

Guess when that article was written? 2 years ago, in September 2009. Awesome. In my opinion, Schmitt has always been on the forefront of these technology-led experiences in the real world around us. This is case-in-point.

I remember back during that time, it was around the time that I was leading the software development at imc2, for our interactive Out-of-Home solution. I always admired how Schmitt recognized the potential – and future demand – for these types of experiences.

Time is a funny thing, especially in regards to technology adoption. At the end of the day, that’s what we’re talking about here. Consumer demand is directly tied to their comfort level with any particular technology. We’re just now seeing smartphone use creep their way up to the majority. Smartphones have been around for years. But just now, after all these years, the average consumer is not intimidated by them. They know how to work them and, even more, know how they can make their lives better. It also helps that everyone can now afford them. Kinect is another great example. I wonder how comfortable people would have been with the idea of gesture control, at such an immersive level, two years ago?

In the article, Schmitt points to “Out-of-Home” examples that are driven by enabling technologies (mobile and RFID) and people themselves (social media).

I think it’s easy to think about touchscreen-this-and-that when you think about the world around us being turned on. But, as shown in the Schmitt article, and in some of the more recent engaging examples, actual public touchscreens are not part of these experiences. The place or the thing is the canvas and the interactivity is controlled outside of it, either through mobile phones or computers.

The effective thing with all of these examples – and the thing that I think we can all learn from – is that consumers want it all, in the most convenient way. What I mean is, consumers want information and connections and whatever else they deem valuable. And they’re always going to be driven by what they’re comfortable with because it’s usually the easiest. They’re used to being on computers, connecting with other people through their social networks. They’re used to navigating to whatever they want on their mobile phones. Are they used to walking up to a touchscreen and interacting with it?

Also last week (the same day I read the Schmitt article), I saw that Cinemax deployed an immersive touchscreen experience in the heart of New York City.

As you can see, the experience spans the front of an entire NYC building. It’s obviously noticeable. Consumers are enticed by it. And, by the looks of this video, comfortable enough to go up and play with it.

Having lived and worked in NYC, to get anyone to stop and interact with a storefront, is a feat in and of itself.

Yes, people can also interact with this experience through their mobile phone. But this is largely a public-facing, touchscreen experience. And it doesn’t seem like anyone in the video is a) intimidated or b) unaware of how to use it.

Is this indicative of Anytown USA?

QR codes. What can be simpler? In the past year, they’ve gone from nothing to everything, at least in terms of visibility. My wife knows that “those are the things you can scan with your smartphone.”

They’re a great bridge between the real world with the virtual world and quite effective of turning those places/things around us “on.”

But the question is, despite their simplicity, why am I the only one who I ever see scan them?

Simplicity and comfort are not the only two linchpins to this demand that we all know is coming. You can bring up the Minority Report analogies all you want, but this is not a far-fetched representation of our future world. Glorified, perhaps. But not unrealistic.

Two years ago, all of these interactive Out-of-Home activations were novel enough to garner attention. Are we still in that novel stage?

Are consumers ready for all that noise?