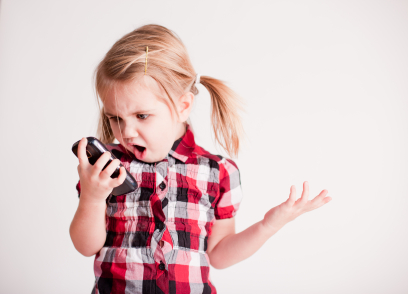 How many times have you scanned a QR code and felt jipped once you discover the content “behind the code?” All too often, I just get directed to the brand’s homepage, and more often than not, a non-mobile-optimized homepage, where I am left to fish around for whatever it was that I thought I would get by scanning. Sure, there are some instances where I get directed to the right page or a coupon or simply just a video, but even then, I am almost always underwhelmed by the entire experience.

The story is the thing, not the technology.

And unfortunately, I’ve come across so many examples of QR codes, in particular, where there doesn’t seem to be any rhyme or reason to using the QR code.

I do think QR codes can be an effective enabling technology. I just don’t think brands/marketers/communicators have quite figured out how to best utilize them to truly drive consumers deeper into the (brand’s) story. In my opinion, they shouldn’t be used just to duplicate an experience that you could otherwise get by simply going to a website, YouTube channel, Facebook page, and/or the like. They should really “unlock” information/content/offers that can’t be accessed in any other way. They should extend the brand’s story in some way. That’s when they’re used “right,” to the fullest of their ability. That’s when they start to add value to the consumer. That’s when consumers will associate them with exclusive information, not just a new way to get driven to a brand’s homepage.

GoDaddy.com has always done a good job of generating interest in their “story,” even though it is one that has very little tie into the actual benefit of the brand and one that is intended for a very specific audience. But they’ve stuck to their story, and I’m sure the numbers would show they’ve been quite successful because of it. Well, last night, in middle of the football game, I see a QR code in a prominent position on the TV during a GoDaddy commercial. 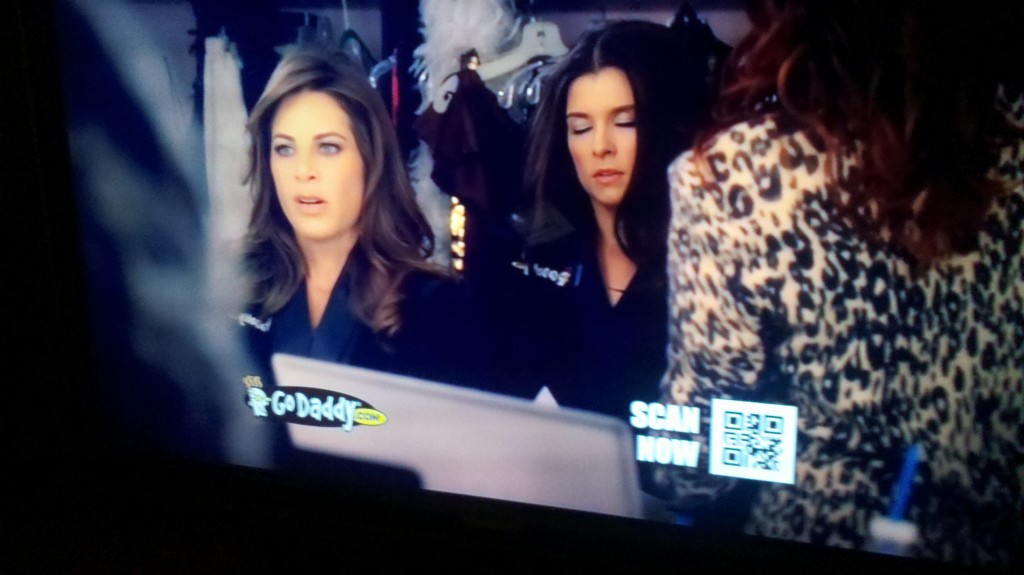 It’s another provocative commercial, of course, one that builds to an incomplete point in the story. You’re left wondering what comes next and the only way you can get it is to scan the QR code on the screen.

And I was directed to a mobile-optimized site where the rest of the story was front and center. 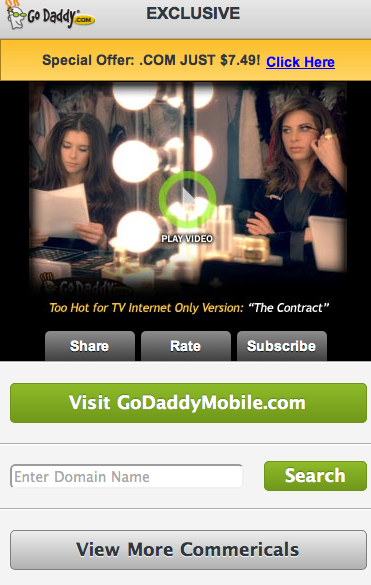 So, I watched it and got the rest of the story. The payoff is what you would expect from any of these commercials. It’s kitchy and a bit silly.

But I think, fundamentally, they’re onto a really effective method of storytelling, which is intentionally breaking the story up across different channels and points in time. They want to drive you to the site and they’re using this story to do it. Arguably, quite effectively.

So, could they do this same thing with a URL? Yes. In fact, this is the same commercial that played during the Superbowl. I didn’t see it at the time, but I’m almost certain it did include a URL vs. a QR code.

So the next time you want to plop a QR code on anything, be it a print piece or a TV commercial, think about the story that you want the consumer to experience and answer this question – is this QR code driving them deeper into that story?

If you’re just merely sending them to your website for “quick access,” then it doesn’t really matter what kind of technology you use. You’ll probably have better success just including the URL.