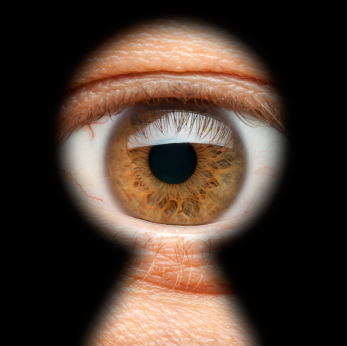 I was hanging out with my step-dad this morning and he shed a little light on the “average” person’s familiarity and expectations with new technology, specifically with mobile technology. He’s a new owner of an iPhone, thanks to AT&T’s $49 deal that came out a few months ago and his computer usage is really centered around email, Facebook, and surfing to camping or backpacking sites via Google. He doesn’t know a lot, but he knows enough to get the information he needs on these devices. The iPhone and its power make him want to explore and expand the way he uses it, but he needs a little bit of guidance. Without that guidance, he falls into what I call, “overload paralysis.” There’s just too much out there, too much to process, to0 much to decide between, too much to search, too much to find out – it’s easy to just shut down and become paralyzed when faced with too much. I feel like this is a common state for the average consumer, and my step-dad reaffirmed my belief.

These types of consumers have different expectations from technology than those of us who are immersed in it day in and day out. And this is what my conversation really shed some light on.

Here’s how our conversation went:

Step-dad (SD): Mike, I’d like to pick your brain a little bit about what apps to download.

Mike: OK, what do you want to do, from the apps?

SD: Well, I just downloaded Pandora the other day and I really enjoy it.

Mike: So, you want music and movies, multimedia-stuff like that?

SD: No, not really. I don’t need to watch movies. But I’d love to know what good apps are out there.

Mike: What about your bank? Do you have your bank’s app?

SD: Oh, that would be good.

SD: Yeah, that would be good, too. What about that Twitter? How does that work?

I’ll spare you the conversation there. It picked up a little bit later….

SD: I just downloaded a barcode scanner and I love that.

Mike: What do you scan?

SD: There are these square codes in my camping magazines that I scan.

Mike: You actually scan them?

Mike: What does it take you to?

SD: Like this one here (pointing out one regarding a GPS), it takes me to a website where I get to see more information about this GPS unit.

And then, I let him show me the experience. He knew what to do and actually thought he was really cool, doing this high-tech thing on his iPhone.

I was enlightened. From this one encounter, I learned:

1. There is an awareness of QR codes and what they do, to the average consumer. My step-dad was genuinely interested in them and used them.

2. The expectation that the average consumer has about the content behind a QR code is not in line with mine. My step-dad was fine that he was simply directed to a website (non-mobile-optimized at that). He was able to learn more about this GPS system that he wasn’t able to from an ad in the magazine.

3. A mobile-optimized website was of no concern to him. He knows that he can expand any part of the mobile screen with his two fingers so it doesn’t annoy him that there aren’t any special versions of links or simplification of the experience. In fact, he was able to manipulate the screen – expand and scroll – with (relative) speed and precision.

Overall, there is a belief out there that in this little grey computer box and the little phone in your pocket, there is a treasure to be unlocked. The average consumer just doesn’t know how to unlock it. They’re less concerned about instructions and context and optimization. They’re more concerned about having what everyone else has.

To me, that’s a far different problem to solve than perfecting the experience.