I’ve said it before and I’ll say it again – if you’re going to make a sign (digital or not) interactive, it must be accessible. That is to say, if it could do something like cause someone to get in an accident while driving, it’s probably not the best thing to do.

Well, now imagine a QR code on that sign. Even better, imagine trying to interact with that sign via the QR code and your mobile phone while driving by.

Needless to say, I was surprised to see it as we passed it. In fact, I don’t know that *surprise* accurately describes my reaction. It was more like, WTF?

While this is not the best picture, it’s all I could take. You’ll just have to believe me that there is a huge QR code taking up that sign. 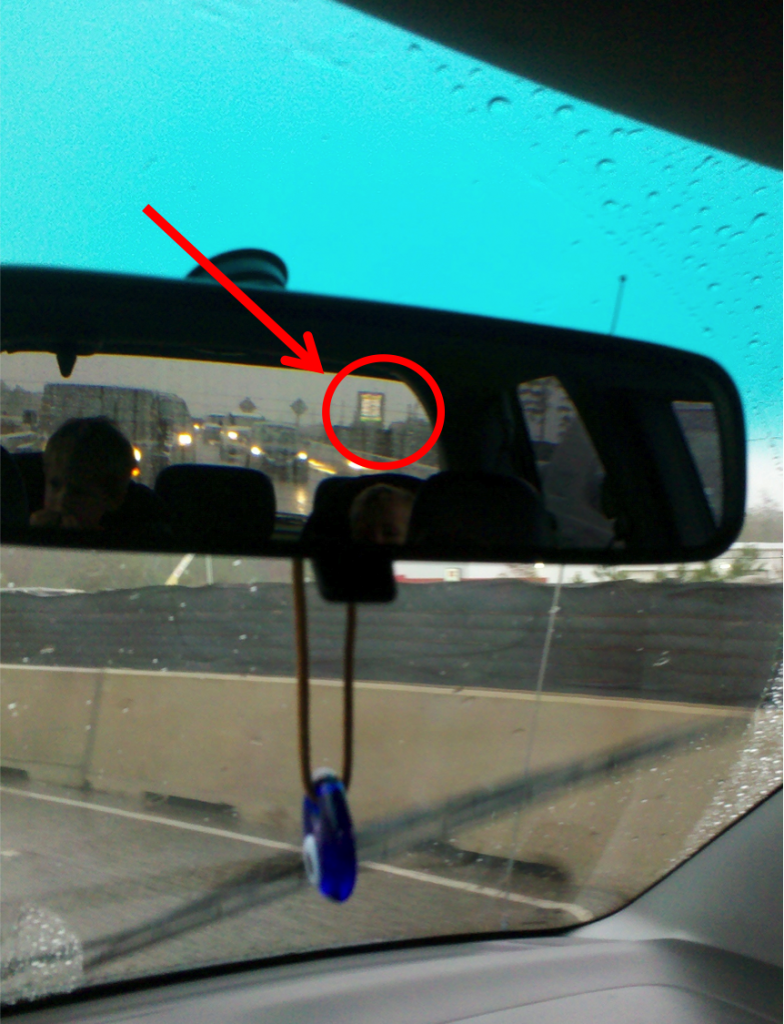 It seemed to be on screen for ~10 seconds, which is another important lesson.  Since people are clamoring to snap this QR code on this huge screen outside of an Outlet Mall, why don’t you hurry the process up a little bit more by giving them a short 10 seconds – at the most – to get their phone out, take over driving with their knee, launch their QR code reader, put the phone up in the right position so the QR code is centered in the screen, snap the code, realize what it is it’s taking them to, and resume driving. Oh yeah, if the content behind the code is valuable enough, why not exit from the freeway, too.

I don’t know what part of this whole experience is a good idea.

See, just because you can make something interactive doesn’t mean you should. Context – in the form of placement – is everything. In this case, if they wanted to deepen the experience in any way via mobile, why not put a short code on the sign? At least that’s an action that doesn’t require immediacy.

Better yet, why not put, “we’ve got great deals here and we want you to be safe, so why don’t you just stop on by and we’ll show you.” I guarantee you that that will be more effective than the QR code that they have running now.

3 thoughts on “How Not to Make a Digital Sign Interactive”