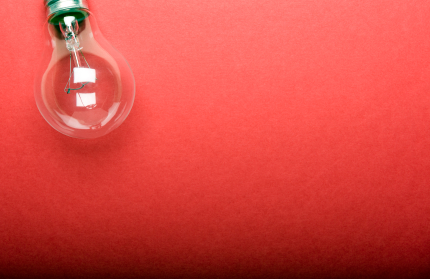 I was preparing a team for a pitch last week where we were to present “The Big Idea.” An interesting thing happened – no one started with technology. That is to say, no one started by saying, “what if we had this huge display” or “let’s create an immersive touch experience” or “augmented reality would be cool in this way.”

Everyone started with the actual real-world experience, what people would actually do and get out of the “thing.” See, unless you are talking to a technologist and/or talking about a media buy of any scale, the technology only confuses matters. It muddies the core of the idea, which is what you’re selling.

Yes, there are specific technologies that are buzzy, but when you’re tasked with coming up with “the big idea,” do they really stand up by themselves? 9 times out of 10, no, they don’t.

There is an understanding that we can find whatever technology enables us to realize our idea. Some might be better than others, but at the end of the day, they are all a means to an end, and the same that way.

The end is the experience, one that transcends technology. It can be made better through technology most of the time, but not always. We don’t need technology for any “big idea.” That’s not what sells.