Last year around this time, I wrote a post about the Holidays saving QR Codes. At the time, I noticed them in about every print piece/holiday circular we received in the mail, and from that standpoint, I was interested in how it would affect these codes – being introduced into homes via these circulars that everyone, especially the “average” consumer is likely to look at. Would it make them (us) familiar with them to know what they were and what they did? Including them and distributing them in holiday circulars seemed like a pretty good idea to accomplish this. So, while I don’t believe that the holidays “saved” QR codes by any stretch of the imagination (more on that below), I do think they were appropriate to include in those pieces and I do think they were on the forefront of QR code mania that has ensued this past year, and from that standpoint, I think they created a level of awareness. Even if it was, “what in the world is that?”

Since then, it’s been interesting to see how QR codes have played out. All throughout the year, I think everyone can agree that QR codes have popped up everywhere. Not only in the mail, but on posters and signs and sides of buildings and everything else. It is certainly not uncommon to see QR codes plastered on many things – big and small – out in the real world.

And now, a year after circulars, as I unpack our Christmas gifts and groceries, I see them making their way into our homes via the products we buy. My son got a guitar for Christmas and look what’s right on front: 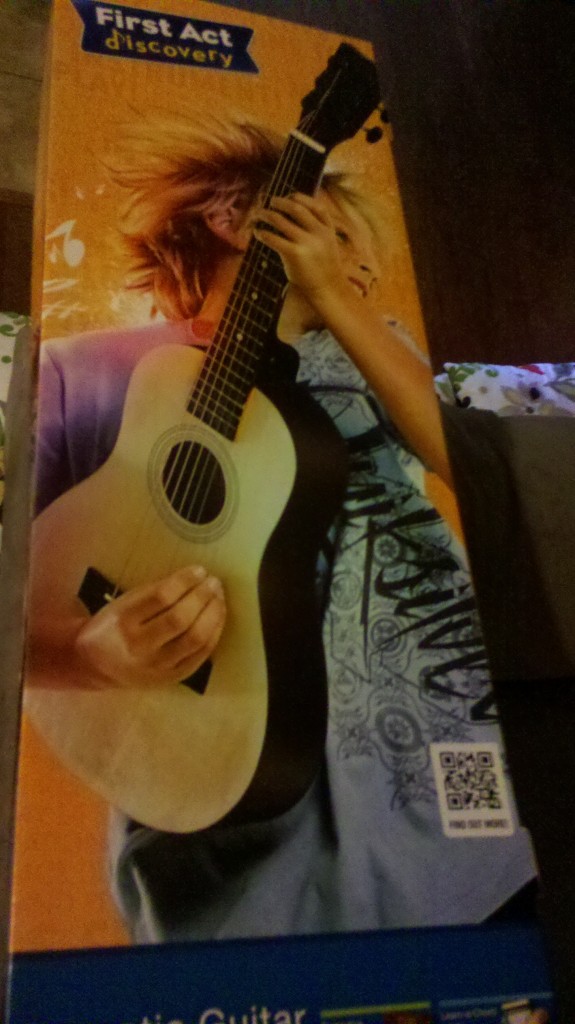 And then, switching to groceries, before I put the Granola Bars box up in the pantry, what do I see: 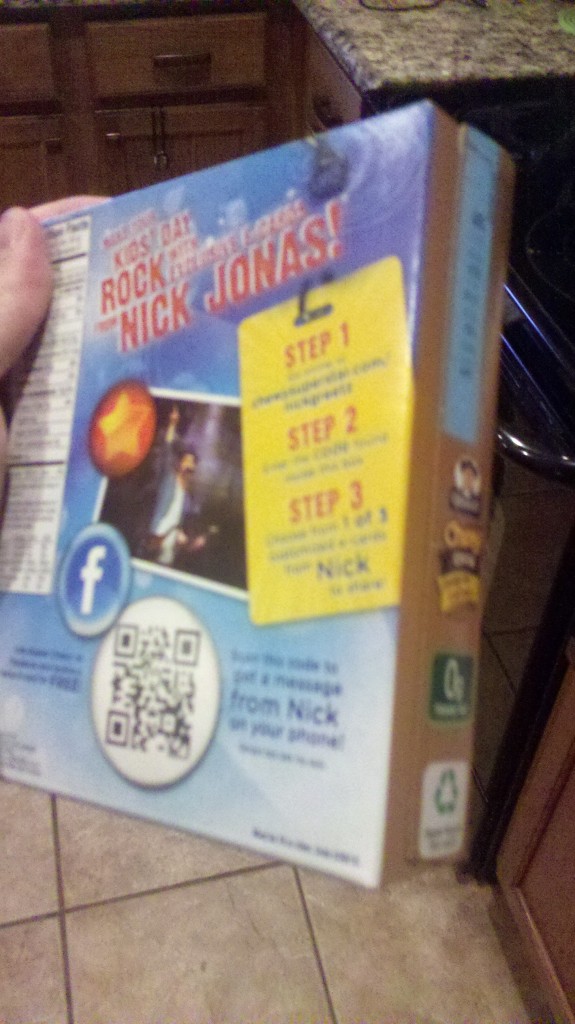 All this to say, I don’t think QR codes have an awareness problem anymore.

I think QR codes have a usage problem.

That’s the long and short of it.

A good solid year after being introduced into our everyday lives, in many ways, QR codes are more value-less now than they were a year ago when hardly anyone knew what they were (or that they even existed).

Comscore did a study around QR code usage that they published in August 2011. In it, they found that “6.2% of the total mobile audience scanned a QR code on their mobile device” in a 1-month period. To put this into perspective, a recent Pew study found that 28% use mobile/social location based services (including, but not limited to Foursquare and the like). The net – not a lot of people are scanning/using QR codes.

We could probably talk for days and days about why this is so, but in the end, it boils down to value. No matter what the technology-of-the-day is, if it doesn’t provide value – and now more than ever, immense value – it’s going to be hard to garner mass adoption. Sure, there’s value in learning more about a product with the scan of a code (equivalent to a click of a button), or being able to easily LIKE a brand, or even getting a coupon on the spot, but there’s hardly consistency. And, in the case of QR codes, so much inconsistency and non-value, I believe the perception is that, by and large, they are just “weird looking codes that send you to a website.” So, the intrigue and potential has already lost its intrigue due to a year of poor executions.

Maybe this year, we’ll see that change. And this year, we’ll actually see an evolution of QR code usage. Maybe people will come around. Maybe brands will come around and figure out great ways to use this technology. I still believe it’s one with lots of potential, but if we go through another year of circulars and posters and sides of buildings and product boxes delivering a normal website upon a scan, that will be the time that we can perhaps call them dead.

They’re barely alive as it is.