In order for us to really get to the point of interacting with the places and things around us, 2 things need to happen:

1. The technology has to be there. We’re getting closer and closer every day where those things that were previously not “on” are so now.

2. People have to be comfortable using it on that scale. On any given regular day, how many times do you see someone interacting with a poster or a billboard or a kiosk? Unless it’s an ATM, I don’t. Despite how far we’ve come in a short amount of time (read: mobile), we’re still uncomfortable with any new technology, particularly when it’s out in public spaces.

But we’re not far off.

Look no further than this: 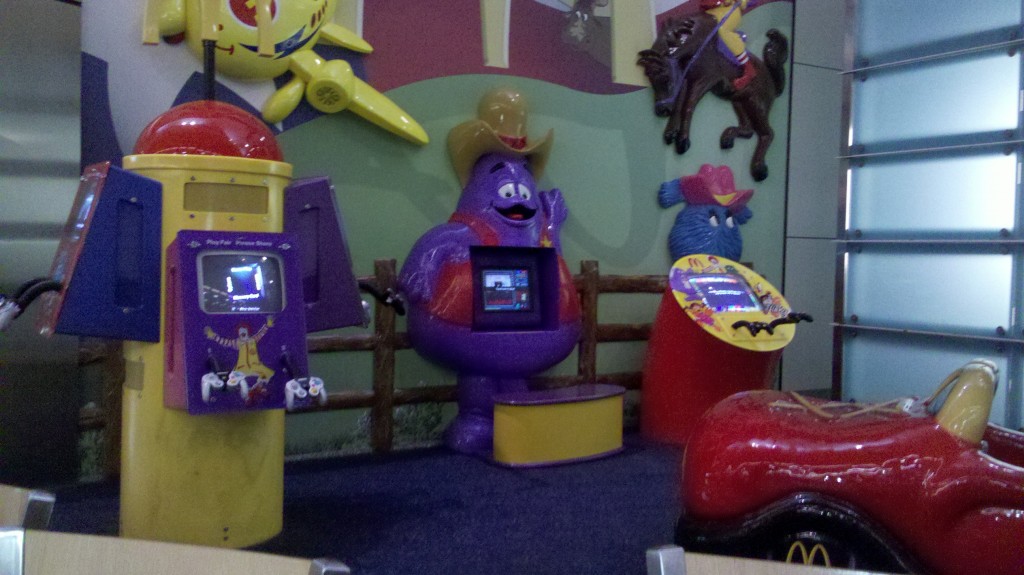 The digital playground. For the generation growing up right now. Their world is shaped by technology. If they’re not carrying it around by the time they’re 8, they have it at their fingertips. In schools. At homes. On playgrounds.