I always talk about the places and things around us having the ability to be turned on. What I have not talked about is our ability to be turned on and interact with the places & things around us. This cool, kind of creepy technology from Google – Project Glass – shows just that. With a pair of glasses, look what you can do to and with the world around you:

I can imagine a day where this is reality, but I wonder if technology like this – to this extreme – will connect us more or divide us more? When everything is enabled through technology, what happens to the human aspect? Now, multiply that by about a billion. What do you think? 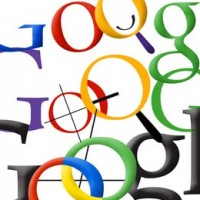 All we’ve been buzzing about around here, in my world, is Google+. I’m not going to get into all of the opportunities or redundancies that it might or might not bring to the table, but I will say this – here’s what it shows us – even Google, who seemingly has been left behind in the social space by Facebook is constantly innovating.

This is not just another Facebook. It is fundamentally different.

When looking at the DOOH industry, I think we can all agree that there has been its own fair share of innovating, especially in the recent past, as seen here, here, and here. The experiences that occur outside of the home, through technology, is fundamentally different than it was even a year ago. And with new innovations, just as Google shows us, it’s going to look different sometime in the (near) future.

Here’s my question – since the technology fundamentally changes the game, are the DOOH industry and its players poised to keep up?

Over the past year, I’ve kept up with a few brands that I feel have done a good job of utilizing the OOH channel, particularly the “new” OOH channel – where offline is purposefully merged with the online and enabling technologies are at play. One of these brands is JC Penney.

I’ve featured them twice here, and I’ve been impressed with the initiatives they’ve executed in this space. To me, the fact that they use mobile and interactive Out-of-Home (IOOH) shows they understand all of the channels at their disposal and more importantly, that they know this is becoming more and more a preferred and effective way to reach consumers.

So, when then news about their SEO practices surfaced yesterday, I have to say I was surprised. My initial reaction – without asking any experts on SEO – was from the POV of a general digital marketer. How can a company make a decision to utilize emerging channels – mobile and IOOH – but not have a complete grasp on one of the basic (yet complex) fundamentals in their media mix? Or in simpler terms, how can they focus their efforts in building large, in-store touchscreen units rather than getting their SEO right?

It makes me feel – again, upon first blush, and not having any insight into their operation – that someone there doesn’t have their priorities straight. How could this be?

So, I dug a little bit deeper. And in what I read (here and here), the blame seemed to be put more on Penney than not. But did they really know? Or is everyone doing it, just in subtler ways? How can they not have an SEO expert? I started to get more and more interested the deeper I got into it. So, I asked our SEO guy – Ryan Smith – who is also actually one of the cinematographers in our office.  And here’s what he had to say, just by me asking, “what do you think:”

Good stuff. I could probably expand on each one of the points above, but I don’t want to get into SEO-specifics here.

My personal takeaway is this – it’s less about JC Penney knowing whether or not this was going on (but seriously, how can a company of this size not know what’s going on on this scale, especially with their monitoring and even warnings???). It’s more about the seeming oversight of not having an SEO expert in-house/on-staff in some form or fashion – someone who would have directed, caught, and presumably fixed the tactics. And more importantly, someone who is accountable.

This is one of the hurdles this (D/I)OOH channel/industry faces – a consistent champion, from the agency and brand side, who will be accountable. Right now, I feel like the (D/I)OOH industry is fed by brands/agencies who are risk-takers. This is still an emerging/experimental channel, not a tried-and-true one like online paid/organic media. But the problem is, when there aren’t specialists who can take responsibility of those tried-and-true channels like SEO, when will there ever be specialist who can champion channels like (D/I)OOH?

I know I’m being a little dramatic, but it does give me pause, especially when looking at a brand holistically, not just in the interest of one channel over the other. I think it’s our responsibility, as marketers/communicators, to understand how each of the channels work together – especially when emerging channels like (D/I)OOH & mobile are at play – and then provide counsel accordingly. As much as we can. We must do this. Our executions, particularly in the emerging channels, will be made stronger and more credible. And that’s what it’s going to take to become sticky, when reaching consumers while they’re out and about – strong stories from strong brands. Who consumers can trust.