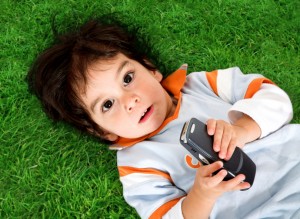 I hope everyone is having a great holiday season as the new year fast approaches. I’ve spent some much-needed time with my family and actually have the rest of the week off to enjoy more time with them. Right now, their sleeping time is my catch-up time and I feel like I’m just wading through emails, tweets, and stories.

Tonight, I re-read a post from eMarketer that a colleague sent me – “Department Stores Take Digital Out-of-Home Marketing to New Heights” and there were a few interesting nuggets that stuck out to me. As a whole, and to someone who’s been pretty deep into this industry for the last year, there weren’t any surprises about the channel (“DOOH”). What I latched on to, though, were the consumer behaviors that continue to change with the introduction and adoption of emerging technologies like smartphones, iPads and video games.

This eMarketer post provides some compelling information, probably the most is centered around interactivity and advertisements on the iPad. From the post –

And stores hope they will attract shoppers who have become used to colorful digital advertising on the internet, their mobile phones and increasingly on devices like the iPad, where bright colors and movement add interest and engagement according to studies like one from UM and Time Inc.

No brainer on bright colors and movement. This can be partly attributed to the technology, partly to the content, and partly to the simple human condition of recognizing movement over static. But it’s the “82% more likely to notice ads with interactive features” that I find fascinating. I mean, think about that – 8 out of 10 people are more likely to pay attention to an advertisement that includes some level of interactivity. Now how many of them actually interact is my next question, but this number is astronomical and quite encouraging to anyone who believes that the future of OOH/DOOH/digital signage is interactivity.

I’ve thought and had conversations with colleagues about mobile tablets affect on OOH/DOOH, specifically how they can be used with those installations to drive deeper brand experiences. But this study sheds light on another profound impact that tablets could have on the industry – not as a connection device, but as a behavior-changing device. If consumers react a certain way on tablets (and brands create advertisements a certain way), it seems like this, more than anything, can drive the need and acceptance for interactivity on anything outside of the home, on and off devices that consumers own.

Another point, not backed by data, but well made – Creating window displays powered up by digital technology, retailers aim to attract the attention of a generation of consumers who are increasingly accustomed to the on-demand, interactive, and technically advanced capabilities of smartphones and video games.

These non-OOH/DOOH technologies are already playing a large part in today’s generation, which is not made up of like-aged people, but of like-consumption consumers. Interactivity is all around, and technology is rapidly advancing. Along with both come the change in consumer expectations. I almost think it’s expected to see bright colors and movement – they’re table stakes – but consumers want the connection, and that connection happens through interactivity. Table stakes are soon not going to be enough because at the end of the day, regardless of the bright colors and movement, as long as brands are pushing a 1-way message, they can only accomplish so much.

Engagement and interactivity go hand-in-hand. They’re not based on demographics, they’re based on behaviors. And as we see here, they’re changing right in front of our eyes.

So what do you think? Do you think we’re in the middle of an Interactive Generation? And how much do you think these behaviors will affect the OOH/DOOH/digital signage channel?