I love technology. And what I find incredibly fascinating is that children love it, too. Probably even way more than I do.

They don’t know life without it. It is one of those things that once they learn how to do it – how to operate this or that – they will only build on top of their ability to do it. Become more proficient.

For all sorts of enabling technologies. For in and out of home, this is exciting.

But technology is still technology. That is to say, it is still a machine. And it can be buggy. Or just not work altogether.

Children have no patience for either scenario. They are a great indicator of human behavior to come, in my opinion.

If technology doesn’t work, they simply won’t use it. But they will go on to the next piece of technology that works. Until it doesn’t work. Then, they’ll go to another.

Technology that doesn’t work is dead. It simply will not get used. And when it doesn’t get used, it’s no good.

I love technology because it can make experiences better. I have perspective on life without technology, simply because it didn’t exist. Children have no perspective other than when it simply does not work. Either way, it’s no good dead.

In order for us to really get to the point of interacting with the places and things around us, 2 things need to happen:

1. The technology has to be there. We’re getting closer and closer every day where those things that were previously not “on” are so now.

2. People have to be comfortable using it on that scale. On any given regular day, how many times do you see someone interacting with a poster or a billboard or a kiosk? Unless it’s an ATM, I don’t. Despite how far we’ve come in a short amount of time (read: mobile), we’re still uncomfortable with any new technology, particularly when it’s out in public spaces.

But we’re not far off.

Look no further than this:

The digital playground. For the generation growing up right now. Their world is shaped by technology. If they’re not carrying it around by the time they’re 8, they have it at their fingertips. In schools. At homes. On playgrounds.

Time is a funny thing. It keeps going. Regardless of how much value you place in it. Personally, I didn’t really learn the value of time until later in my life. Perhaps some people are instinctually tuned into how valuable their time is. Not me. I like to do many things, help many people, say yes, make time, make stuff. I think there comes a point in your life when you actually start to put a premium on time and therefore prioritize, consciously or unconsciously, all of the things you find yourself faced with.

Technology has a funny effect on time, the thing that keeps going. It seems to make it go by faster. Consumption via all these screens fast-forwards our lives in drastic proportions. Just by the shear rate of life, who has time for what content?

Ah, this pesky, key ingredient – content. What we consume and engage with on a daily basis. What we give our attention to, be it for connection or entertainment or education. TV shows, websites, blogs, videos, pictures, news feeds, texts – the sea of content is deep and easily time-suckable. How do we prioritize what content we give our time to? I think that decision is based on any of these three factors:

These factors are much easier to control on our personal screen. Not so much on a public one. That begs the question – what is the role of digital signage, these public screens?

And what can we expect them to really do? 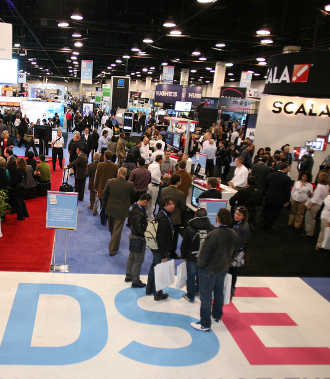 Excellent talk. Read through for some real gems!!

It’s interesting because we’re here to talk about DOOH at a time when everything is digital.

Digital is not new.

Show of hands from the audience – how many people are NOT carrying a smartphone? Literally 2 people. Wow.

Everyone of us is walking around with a computer in their pocket. The world has changed. Digital is a part of our lives. It’s not new.

The ability for people to connect with each other and amplify their voice, at scale – that is new. Speed and scale. It’s worldwide.

Stop it with the behaviors have changed and media consumption has changed – we know this?! (Does this industry really?)

What is a sign in 2011? Could be a TV, could be sign, could be anything we want it to be. (This is what I’ve been talking about – places & things around us have the ability to be turned on.) But what we have right now is analysis paralysis – everyone’s got their own interpretation and it’s different from everyone else’s and it’s is causing schizophrenia.

How do we fix it?

All technology is meaningless unless it changes the way we behave.

18 mos. ago, there was a proportional screen rule that was absolute – small screen – short content, bigger screen – longer content. Now, anyone will watch anything on the best available screen.

Now, people are taking their TVs with them. That’s new.

iPad is the 1st of a zillion tablets to come out. Motorola Xoom is an iPad killer. 2 computer chips instead of 1. Full screen HD. 2 cameras. All Googled up with Honeycomb. Will it actually kill the iPad? No, but for a certain group of people, it will become THE tablet of choice.

Difference between 3G & 4G – we’re at a tipping point that is unprecedented since 1847. We’re about to go from 3G to 4G. It is literally the difference between the pony express and the telegraph. Huge sociologic change. It took 5 weeks for someone to get a message. Now it takes less than 5 seconds. Huge. 3G takes minutes, 4G takes seconds. Are you guys ready for that?

We’re still trying to figure out where to put the signs. How to network the signs. Blah, blah, blah.

People are picking up their signs and walking around with them.

Traditional DOOH is a lot like old school TV.

Something he’s working on right now – LogoVision – has every logo in the history of the world in their database. Consumers take a picture of the logo, it delivers content. Can take a picture of any logo on any sign – TV, digital sign, poster, etc., get content instantly. Think about how “instant” 4G will be.

This time next year, you won’t be able to buy a 3G device. All will have 4G, means getting content/data will be 6-8X faster than they are now.

People now like texting. Consider email a formal letter. What’s better than texting? Taking a photo/pressing 1 button. The computer does the work for you. What’s that? Oh, Watson. You see where this is going?

Speed, scale, convenience – technology is meaningless unless it changes the way we behave. How do we behave? In the way that is most convenient.

We’re living in a connected world and very quickly we’ll be able to argue – there are 2 types of people and 2 types of tech – connected or not connected.

How does a sign help you? How does a network of signs tied together that disseminate valuable information help you? That’s our challenge. We’re an old medium today. People are taking their signs with them.

Another show of hands – how many of you guys have Google Alerts set up for the information you want on a daily basis? Only 10% of people, if that, raised their hands. This does not surprise me. Now, he’s going off on the audience – you’re in “digital” signage/Out-of-Home and you’re not even using the tools for yourself. How do you not do this? It’s unacceptable that you’re at the Digital Signage Expo and you’re not digital.

Who do you sell to? Helping the industry move forward requires 2 components – 1) how to present this industry to buyers?

Retail has forever changed. Borders couldn’t compete digitally. They didn’t keep up. They, like so many people, believed things will work themselves out.

How do you filter the paradigm shifts from the parlor tricks? You personally apply the filter based on your experiences to the question – is this going to change people’s behaviors.

Digital signage industry – hire armies of developers to work on platforms because that is where you’re going to win.

Nut – and I quote, “He who is closet to the point of sale wins. That’s always going to be true.” Now people are bringing their computers to the point of sale. And they’re connected – to each other & brands & information through technology. And the best, “Not about hyperlocal, it’s about hyperpersonal.” This takes some sort of engagement and interaction. This is what it’s all about.

Quote of the session – Now, the only people who like change are babies in wet diapers.